Building an ELT Community in Iran 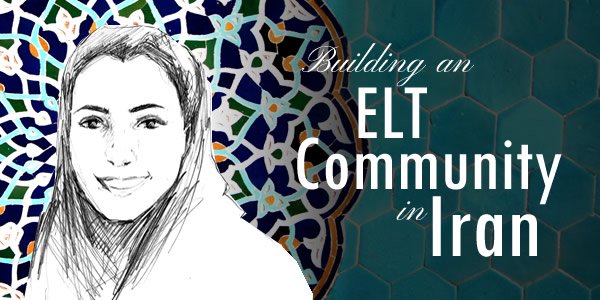 Building an ELT Community in Iran

It takes a special kind of person to bring people together and forge communities. It takes leonine qualities to get things to happen in restricted circumstances and within a culture not famous for its teamwork.

We talked to Bita Rezaei, Director of the inaugural IELTA* Conference taking place in Tehran, Iran in February 2017. She puts it like this:

“Think of what Iran is famous for in the Olympics. We're very good wrestlers, tennis players of chessplayers, but get us in a team sport, like football, and everyone wants to be the one scoring the goal!”

No. Bringing people together in Iran isn’t easy. Especially when different groups are at odds with each other professionally. In order to begin a language school in Iran, you need to obtain a license. There are, according to Bita, as least three or four state authorities issuing these licenses, including for example the Ministry of Culture, or of Education and of Higher Education. Adding to that, various municipalities have their own educational services and other different entities exist as well. Lots of stakeholders. Lots of agendas.

Bita hasn’t let any of this stop her. Apart from spearheading IELTA, she is also the Director of Studies at the Hermes Institute of Science and Technology and a CELTA trainer. 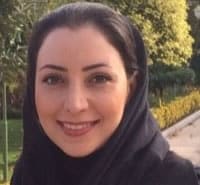 English had become part of Bita’s life by the age of five and grew happily alongside Farsi. So much so, that she became proficient in English without ever having left Iran. In fact, she started teaching English at the age of sixteen when she was entering her last year of High School. By the time she was 20, she was in charge of a language school that served 5,000 students per term. Bita finally did leave Iran, in order to do her CELTA, a relatively unknown qualification in Iran at the time. That accompanied an MBA in Wurzburg in 2007 and a Master’s Degree in TESOL and Applied Linguistics at Leicester in 2014. 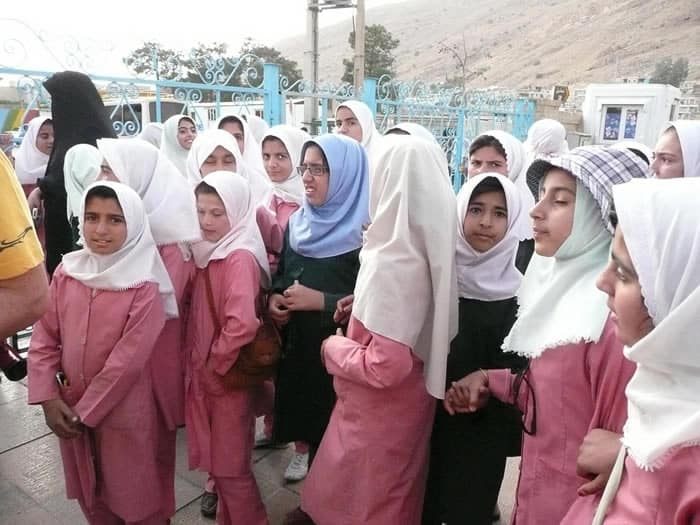 Some thirty years back, the French language used to be the “significant other” in Iran for anyone who considered themselves educated. However, with time it gave way to English. Following the Iranian Revolution of 1979, the United States imposed economic sanctions and expanded them in 1995 to include firms dealing with the Iranian government. In 2006, the UN Security Council passed Resolution 1696 and imposed sanctions after Iran refused to suspend its uranium enrichment program.

As a result, and not surprisingly, English has often been viewed by extremists in Iran as the language of aliens or of the enemy. A lot of English language schools simply ceased to exist under this pressure and the ELT industry fell into a state of dormancy. Bita herself suffered. She had set up a CELTA teacher training centre in Tehran which operated for two or three years. But the increased sanctions and embargoes against Iran led to Cambridge having to remove from the country and everything collapsed. Not to be put off, Bita continued with her Delta and became a CELTA tutor in 2013.

In Iran, like many countries, higher education is a symbol of status. According to Bita, the average level of higher education in Iran is a Master’s Degree. This detrimental attitude to a language in which large amounts of cutting edge research is written needed to be tackled from the very top.

“Our great leader is quoted at the beginning of all Ministry of Education English books and material where he says that English is not the language of the enemy, it is the language of knowledge and needs to be learned.”

So how are Iranians approaching English language learning and acquisition? My own experience of seeing English heavily promoted in Spain is that a lack of confidence often blocks people from using it for fear of failure and looking ridiculous in front of their peers. Not so it seems in Iran.

“People of Iran in general are very hospitable, friendly and out-going and they are very proud of what they have in terms of culture and civilisation. They see English as a medium of communicating with anyone across their borders…You will be surprised by the number of people who will try to speak English with you when you come here. That attempt is quite exceptional.”

I asked Bita what the Iranian character possessed that made people so positive about speaking English.

“I think we Iranians have an inner desire to express ourselves. We also have a silent fight - each and every Iranian is fighting against that distorted image of “the country which is cornered”. In every endeavor, in every encounter with people of different nationalities, we try to mend that image that the western media has built up of Iran.” 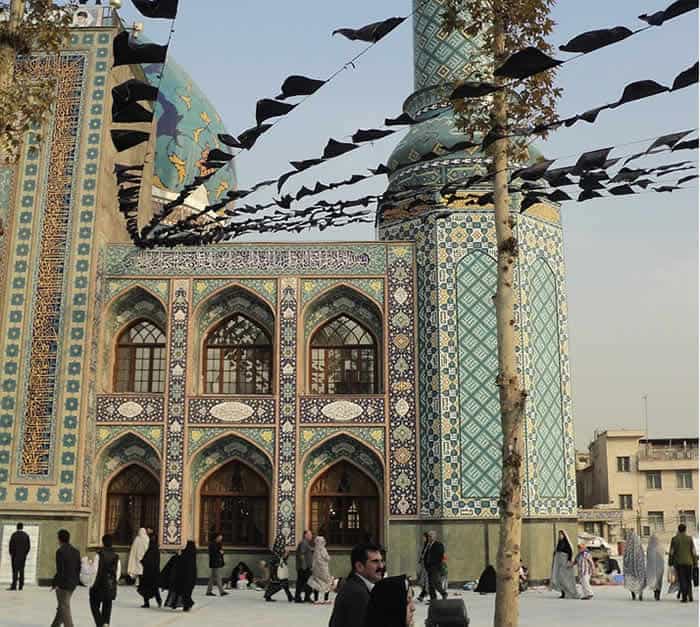 The Shape of Things

Today in Tehran alone there are more than 1000 language schools with similar numbers for other provinces with an average of 500 students per term for eight terms a year. Children are starting at English language institutes from the age of four.

Supply and demand means a lot of people are entering the ELT profession in Iran, but frustratingly, and like the ELT community globally, the working conditions are not always as good as they should be. Teaching as a profession is valued, but the fledgling private ELT industry still lacks a governing authority that supports teachers’ rights, and working conditions are an issue. Gathering anybody together in large numbers with a shared cause is fraught with tensions. Bita’s primary objective in her work is to first raise awareness, and given the political climate, it requires a delicate balance and lots of patience.

“I think we need two to five years for teachers to find their place in society, to gain enough popularity and strength for us to be able to claim those rights.”

Given the academic application of English in Iran generally, English learners often focus on and gain high levels of English literacy for academic purposes. They need to be able to draw on and make sense of current research papers written in English. They also need to be able to write papers with an academic voice and structure, however in schools, reading comprehension remains the primary focus. As a result, classes in formal mainstream education don’t tend to be very dynamic or communicative, instead they are often transmission based and focus on accuracy with a lot of controlled grammar-focused practice.

In 2013 the curriculum changed to include an increased focus on spoken production and communication. It’s an eclectic mix of approaches that an English language teacher needs in his or her toolkit to be able to deliver effective lessons and programmes. Policy changes are highlighting a short fall in teacher development, especially in rural areas, where practitioners have been teaching receptive skills only, in a predominantly grammar-based curriculum. They have never been exposed to a learner-centred, communicative approach.

“Many of our teachers can’t speak English. They know all about the grammar but can’t really speak it, so they wouldn’t be able to train students up to do a simple speaking task.”

That so many students are attending the local private academies, where communication, functional language and fluency take precedence, poses problems for the state school teachers, and even a threat. The private sector through training and being on top of the latest ideas in teaching methodology and learning psychology is eclipsing the establishment. So much so that the Department of Education is currently negotiating the outsourcing of some language learning hours in state schools to the private sector, providing credits toward school qualifications.

Given the need for an umbrella association to bring the booming ELT industry of Iran together into a community of practice, in 2013, Bita was presented with the challenge to make it happen with the support of IATEFL. It’s taken two years to set up the NGO, but today IELTA is 1,500 members strong and growing. More than 700 people have registered for the association’s inaugural conference a month before it starts. The objective of the first conference is to consolidate their presence, cultivating enthusiasm for the profession and nourishing it with more ongoing teaching development.

“We have set up the event in one of the most luxurious locations in Iran, offering a state of the art precinct. It’s funded by us and two or three other language schools because I want to give them that sense of belonging. In a way, I want them to feel respected…that good feeling that you get when you are surrounded by a certain group of people.”

As we near the opening of this first IELTA event in Iran, as I mentioned, the conference is almost full. This is, in itself, an achievement. The existence of IELTA is an achievement. Bita confided that in Iran, and in this I know they aren’t alone, trying to do something new is met initially with laughter and derision. With time, if you persist with your vision, you will gain followers. But that initial stage in Iran is very, very hard. You don’t always make friends being a leader. To initiate change, you need to judge carefully, lead at times from behind with the fine touch of diplomacy, ever wrapped around an iron persistence and fierce tenacity.

[ssba-buttons]
Tags:ELT conferencesEnglish Teaching in Iranteacher training
We use cookies on our website to give you the most relevant experience by remembering your preferences and repeat visits. By clicking “Accept All”, you consent to the use of ALL the cookies. However, you may visit "Cookie Settings" to provide a controlled consent.
Cookie SettingsAccept All
Manage consent