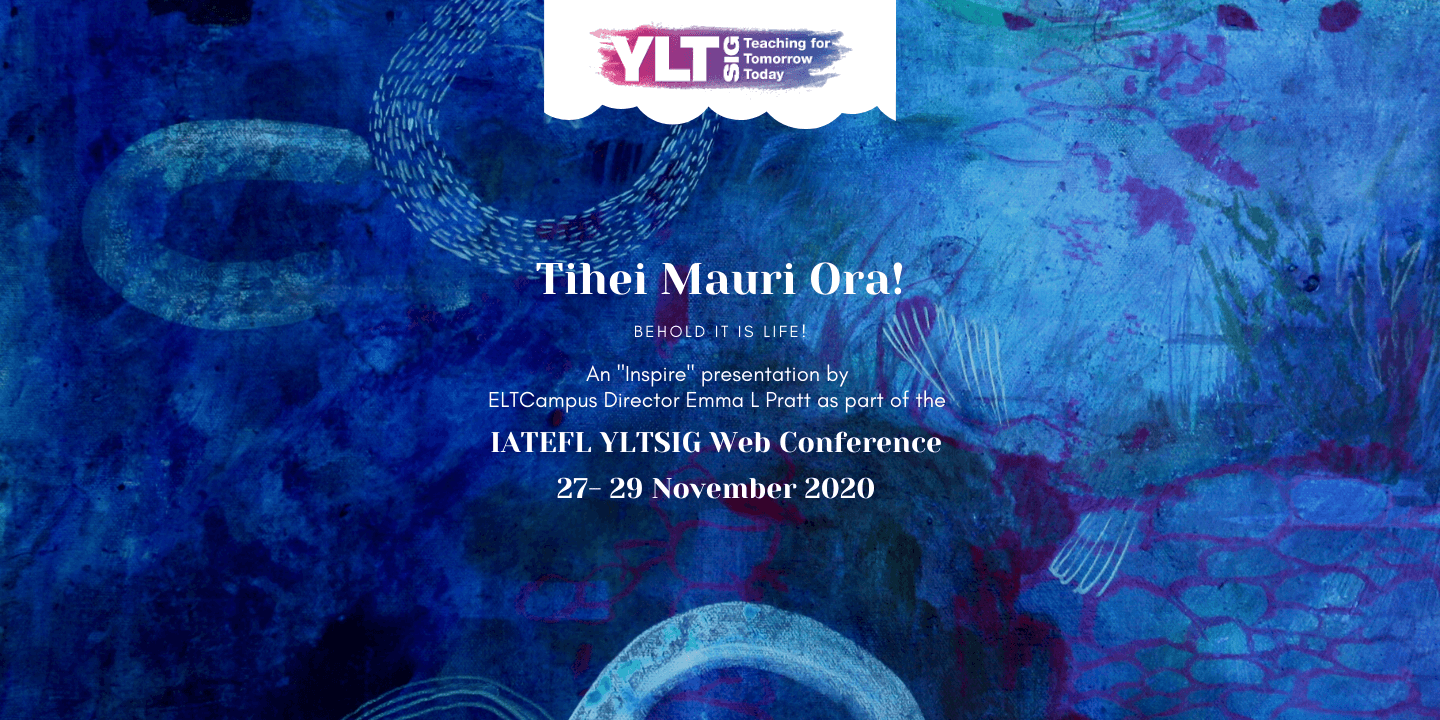 Coming up in November, I will be attending the IATEFL YLTSIG Web Conference 27- 29 November. I want to encourage you to attend. The Young Learners and Teens Special Interest Group focuses on professional development for teachers “of all ages and stages”. It is a great way to get to know other teachers in an international teaching community and build your knowledge. You can sign up here for the sessions which are free thanks to StudyCat.

I am excited to have been asked to give an “Inspire” talk at the IATEFL YLTSIG Web Conference. I will be sharing some knowledge and perspectives from my home country.

Sharing your cultural perspective nourishes not only the receiver but also the teller. It rekindles the flames of that culture within you. When you are far from home, it reminds you of what you are made.

This is the first of two articles where I look at the idea of cultural perspective with the view to getting us reflecting on our role in a classroom. In this article, I explore the idea of identity and knowledge.

Let me tell you about a vice. I have a bit of a Korean drama addiction. It began many years ago before my first one was born. It’s become a language learning exercise, but also, I particularly enjoy the dramas that tell me stories of ordinary people, their struggles, pressures, and decision making. I love the storytelling structure that is often used where the where past, present, and future overlap. There is the idea that we are connected and interconnected by threads of fate that stretch out over time and space.

Cultural perspectives and world views of relationships, time, and space.

However, I live far away from my native home.  But when I do have contact with things of home, that unique way of seeing things has a profound effect. If I see an old carving from home in a museum, I will instinctively approach it as an elder and greet it accordingly. There is a moment when the framework of the world shifts and I see the world exclusively from the perspective of home. I feel nourished and relieved that Aotearoa, the “day/world of the long white cloud light” has not forgotten me, and my senses have not dulled to the ways from home.

We know as teachers that learning a new language shifts us out of our known world. When we know more and can understand the ways of another place or people, our empathy for that people naturally grows. Language learning humanises the world for us.

Language classrooms have many different faces. In English speaking countries, we are teachers and the locals, introducing our local culture to our students who come from a variety of language and cultural backgrounds and settings, depending on the language programme and objectives. When we teach abroad, we are the foreigner, trying to make sense of the local cultures often through our students. Yet, how aware are we of the cultural and knowledge perspectives that we, both teacher and learner, innocently bring into the classroom and the perspectives that we unwittingly block out?

Teaching English, we would hope, is no longer a colonizing or imperialist act, but one of giving English language learners agency to tell their stories on a global stage with a global language that is not owned by any class or country.

But yet, the framework of our knowledge systems and cognition, where English as a language is often studied, researched, and taught, is still Western in origin. The “West” and “East” as a concept, is itself a construct developed back in 1493 by a Papal Bull. This was the authority and academic position that claimed where the centre was at that time.

Many argue that we are in a post-colonial world. Definitely, money and wealth and the political power that follows has shifted its global position. We can see that terminology is ever-evolving and we are more aware of diversity than ever. But yet, many will argue that the framework of our perspective has not changed in its essence.

What cultural frameworks are we talking about?

Cultural formations such as the intersections of race and gender, where our bodies start and stop, the relationship with the individual and the group, ideas of space and time, up, down, morality, truth, text, lines, charts, perimeters, how we classify and order things, our systems, the nature of spirit and body, nature itself and humanity: these are but a few areas where the cognitive centre of our traditional institutions of research and teaching, more often than not,  still hovers over Europe.

To find just one example, drawing on my own country and our indigenous language as Tuhiwai-Smith points out in her work “Decolonising Methodologies” (1999. Zed Books), we have seen the fight for Māori women to have their place at the negotiating table with what we term “the Crown” (The old British Empire) over grievances between Māori and the colonizing Crown over broken promises and legally binding agreements.

When the Māori language was translated into English during the signing of treaties, the idea of sovereignty and chiefly rights was deemed to be a masculine one, because British culture at the time did not have rights for women to vote and sovereignty was considered the realm of men only. By default, from the “western” cultural perspective, they were only talking man to man. However, for Maori, rangatiratanga, as a concept, is genderless. A woman can be as much a chief as a man. This was lost in cultural transmission because of the cognitive position of the translator.

What is my role regarding stories and cultural perspectives of home?

So, as I prepare for giving my talk at the YLTSIG conference, I proceed with caution. I refer to the cognitive centre of the teaching, learning, and research world many of us find ourselves in. When I tell stories from home or talk about ideas that are specific to the perspectives of home, I am conscious of my role. It is a role I cannot ever change in regard to certain things.

My mission is to handle the stories and knowledge passed on to me with great care because they are not mine. It’s not that my cognitive identity is wrong or right. It’s just that I need to acknowledge where and how my thinking framework was shaped and be aware that it is the framework through which I make sense of things. The origin of these stories and the knowledge I will share during my session belongs to a world that is not fully mine to inhabit. I exist on its fringes. If I were to claim this knowledge as mine, I would be perpetuating the act of colonialism.

And so, I am like the koekoeā, the outsider bird, carrying pebbles of knowledge in her beak from far off places. Here again, I acknowledge the past as impacting my present. It’s the beauty of the cyclic nature of time and space. Being a knowledge carrier, but not a knowledge owner is part of my family history stretching back generations. It is my world, my hybrid in-between world. And I am proud to say, it is of what I am made.

Sign up for the web conference
Tags:cultural identity in the classroomgiving voice to identityteaching about other cultures