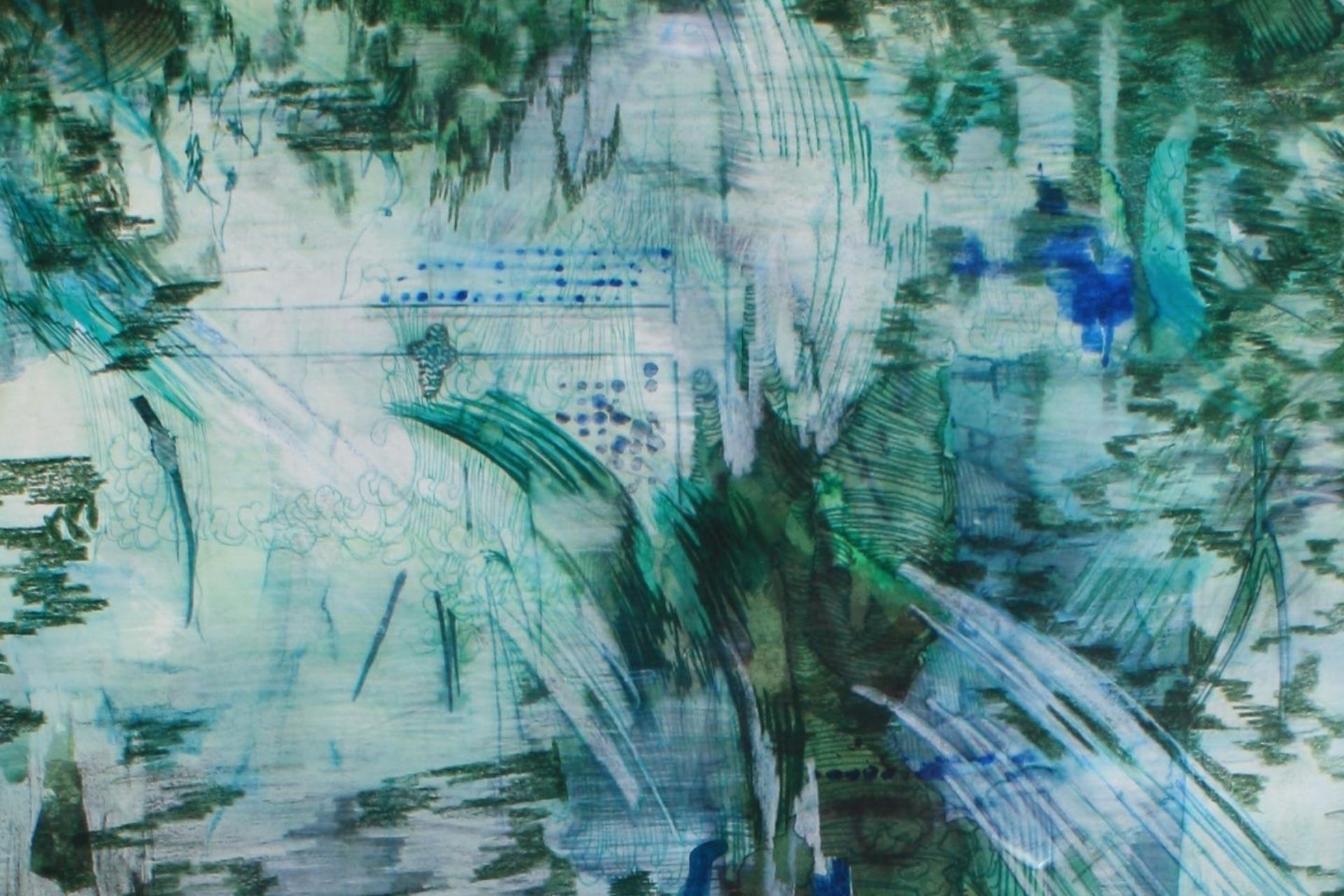 Many teachers are daunted by the idea of dealing with the visual arts in the classroom, let alone an English language classroom. They often don’t consider themselves as “arty”. Looking at images created by artists can be confounding. In this article, I’ll offer ideas and activities that can be used when working with the visual arts that empower teacher and learner alike.

Sketching means to draw quickly. When we aren’t accustomed to drawing, we immediately get a bit tense about what the image is going to look like. You’ll often hear that old comment “I can’t draw” at this point.

With all the technology today, drawing isn’t always so necessary. If Leonardo da Vinci had Photoshop or the Adobe suite on his computer, or a video camera and a mobile phone, he wouldn’t have been drawing so much either. Renaissance painters actually did make use of technology whenever they could. They used shadows, and the camera oscura to cast images on a canvas to aid “seeing” perspective. So given this, why is drawing still important?

The Purpose of Drawing

The process of drawing aids the artist to really see something. It doesn’t matter how “accurate” the drawing is visually if the process of really noticing and paying attention to the subject is the objective. There are many things to notice when you draw and as we know, developing noticing skills is key for language learners.

For example, last year I took a photograph of a part of Aleppo that, as you can imagination, had been all but obliterated. I began drawing and painting it out by hand on canvas. I didn’t care so much what the finished image would be for a long time. I just wanted to see. I was entirely absorbed in drawing, observing the destruction piece by piece, wall by broken wall. Drawing slows things down, aids noticing, and causes you to see even the difficult stuff.  It can be a great point of departure for descriptive writing as well. 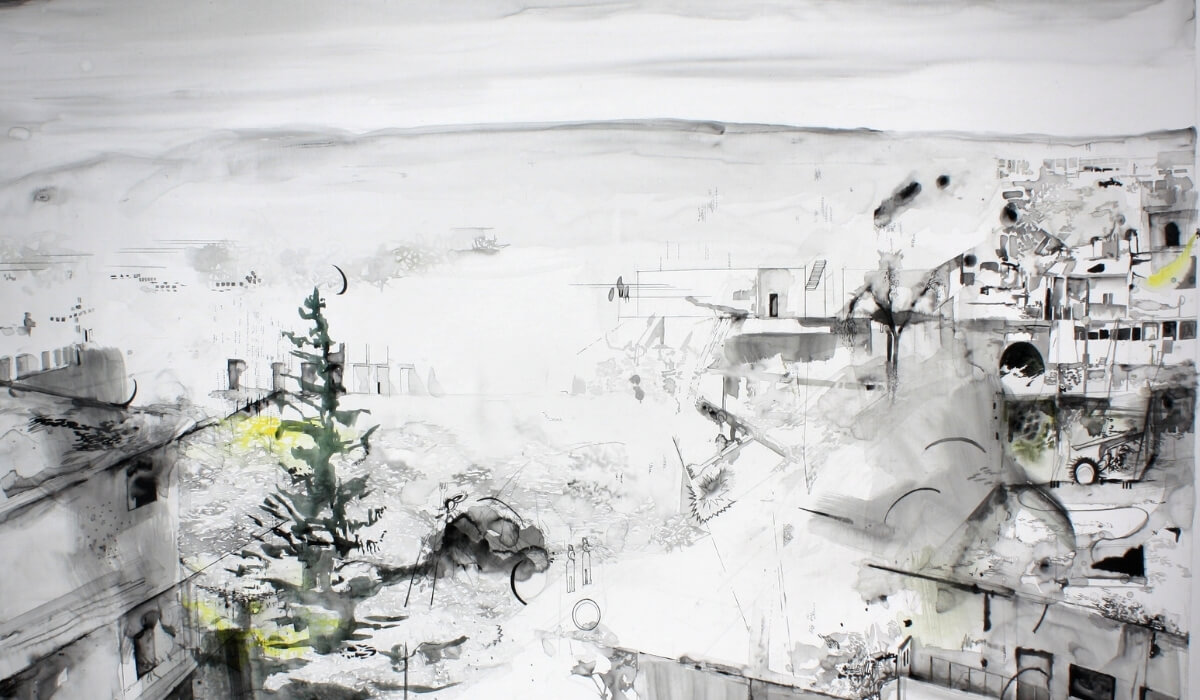 Drawing is About Noticing, Which all Language Learners Need to be Good at

Alternatively, you could simply be paying attention to how it feels to make a mark. Abstraction to some extent. I often start drawing from the world around me, but the image soon takes on a life of its own. I notice whether I hold my pencil one way or another, whether it’s a hard or soft line, thin or thick, quivering, fragile, angry, sad, fast, fevered, slow and languid, playful or pragmatic. Now that’s a lot of descriptive language right there, and we’re only dealing with a line.

Tools could be sticks dipped in ink, feathers, pencils, leaves, pens, markers, charcoal…the key is to be playful and try different things out to see what effects you can make.

Play is essential for creativity. The important thing about it is simply to wonder. There is no must, there is no right answer. There is no pressure to come up with a polished product.

The key wondering statement starts like this: “I wonder what will happen if …”

Now try some of these:

Visual Arts in the English Language Classroom through Speaking or Writing

Responding is about making connections.  It is our natural inclination as humans to make connections between things. We link objects or gestures with meanings almost instantaneously, all the time.

Therefore, in a classroom, there will be connections that the group shares, while other connections will be personal and relate to personal experience, culture and memory. It’s a great way to explore our assumptions and prejudices too. We can also observe and talk about many things that help us get into the mind of the artist and think from that position: What is depicted? How has the artist used formal elements like composition, colour and tone to achieve this? More on this later.

Again, wondering is the key. Visual art is a text that doesn’t have fixed answers and each person brings a new interpretation or reading. An artists may have had an intention, but that it theirs. Each new viewer brings their interpretation and artists are ok with that.  As a teacher, you aren’t meant to have the answers. You can join your class on an equal footing and wonder along with them (you’re all learners! How learner centred is that?!).

Very importantly, as always, your job is to deal with the language that emerges and pre-teach language you know they’ll need. Moreover, you need to judge when to drop in information elegantly so that it enables everyone to make further connections.

1. Let your eyes take a walk around the picture.

This can be done as a guided activity. Students listen and do. Then describe to their partner.

A great painting for this is Guernica by Picasso – Without telling the learners what the image is, describe parts of it and get them to draw it – or do it in partners. Try this with other iconic images. It really helps to get everyone seeing a well known image as if for the first time.

The slow reveal approach can highlight the assumptions we make when we don’t know all the information.  For example, you can look at an image free of context. Then see how your assumptions and connections form or change as you find out who made the piece, where they are from, when they made it, as was happening around them at the time, where it was made and how. This can be teacher-led, or you can have key pieces of information that you feed into the discussion via other means, such as dictation, breaking a code, turning over a card etc.

You can move on to higher-order thinking skills such as synthesis and evaluation. Move forward together to think both critically through processing and interpreting information creatively through considering new possibilities.

Once a narrative has been teased out of an image, practice the story. Here are just a few ideas for synthesis, i.e. telling and retelling, to build fluency.

7. Activity Based Learning Ideas for Adults and Young Learners Alike!

Free Online Mini Course: Ways of Seeing - An Introduction to Drawing for the Language Classroom
[ssba-buttons]
Tags:multimodal literacyproductive skillsvisual artsVisual Arts Circle
We use cookies on our website to give you the most relevant experience by remembering your preferences and repeat visits. By clicking “Accept All”, you consent to the use of ALL the cookies. However, you may visit "Cookie Settings" to provide a controlled consent.
Cookie SettingsAccept All
Manage consent